The Testament of Mary interviews 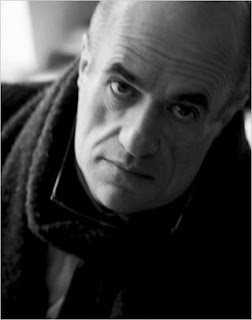 I wrote this feature for the May 10, 2013 issue of National Catholic Reporter. When the Tony Awards were announced yesterday, playwright Colm Toibin was nominated for best new play, but actress Fiona Shaw and director Deborah Warner were ignored so the show is closing Sunday. I am sorry to hear this because it was the most moving and powerful theatre I’ve seen in a long, long time. I walked out of the theatre dazed. I didn't know what century I was in, or where I was or which way to turn. Other women have told me they felt this same way.


For centuries, she has appeared on medals, in paintings, been sculpted into statues, sung about and worshiped in prayer, making her the most iconic woman of all time. Now, in what must be her most unlikely appearance yet, Mary, traditionally considered to be the mother of God, is the star of a Broadway show.

“I was trying to bring the audience with me and see where it would go,” says Irish novelist Colm Toibin, creator of this latest vision of Mary. “It’s not mockery. I’m serious. What I was trying to do was capture someone real.”

This real Mary of Broadway, in the world-premiere stage adaptation of Toibin’s 2012 novella, The Testament of Mary, does not believe her offspring was the son of God or that he performed miracles, calls his followers misfits -- “fools, twitchers, malcontents, stammerers” -- and was not at the foot of the cross at his death, having fled for her life after watching at a distance. Decades after the crucifixion, living in Ephesus under the guardianship of the disciples, she wants her side of the story to be heard, and she tells it for 90 minutes with fierceness, anger, sarcasm and humor, making for the most powerful theatre on the Great White Way this season, or any other in recent memory.

Two weeks into preview performances, with tweaking taking place daily before the April 22 opening, Toibin and director Deborah Warner spoke in separate phone interviews about developing this piece, a one-woman play starring Fiona Shaw, the irish actress acclaimed for her work on British and New York stages who recently has appeared as Petunia Dursley, Harry Potter’s annoying aunt, and Marnie Stoenbrook in HBO’s “True Blood.” The show is scheduled for a 12-week engagement through June 16 at the Walter Kerr Theatre.

“We were able to develop it when we saw it as storytelling,” Warner said, describing the awesome task of turning a work that was in the form of a novel rather than a play, with one character -- a revered and historical one at that -- into an evening of theater on a vast stage in a Broadway house. “People love having stories told to them. It goes back to Sunday school. That aspect absolutely plays to the child in us in the hands of a great storyteller. We really give ourselves over.”

Not that Testament is a story for children. Shaw’s portrayal of Mary’s guilt and her agonized memories of watching her son’s suffering as he was nailed to the cross are raw. She draws the audience in, leaving them transfixed.

“Everybody in the theater is silent,” Warner says. “The density of silence is everybody working through their understanding of the story. It’s an extraordinary thing happening at the same time, their parallel experiences of the story. It’s different for everybody.”

Bringing this realism to life was an excruciating journey for Toibin, a self-described lapsed Irish Catholic who no longer believes in God. While creating the passages of Mary’s memory of the crucifixion he only wrote when other people were in the house and always kept the door open. One particularly vivid image is that after his first arm is nailed to the cross and he roars in agony, he fights so hard to hold his other arm on his chest that other men have to come pry it off to nail it.

“I had to imagine it to the fullest,” Toibin said. “I couldn’t just write it. I had to almost see it.”

When he emerged one day after writing, a friend looked at his face and asked with concerned, “Are you all right?”

Toibin, who lives part of the year in New York while teaching English literature at Columbia University, was inspired to give Mary a voice by two paintings he had seen in Venice -- Tittian’s “The Assumption” and a Tintoretto painting of the crucifixion. As a child, kneeling daily with his family to pray the rosary, Mary had not only been the Queen of Heaven, but the Queen of Ireland as well. He realized that other than the Magnificat, “a literary convention,” she had for the most part been silent throughout the gospels.

The trick was to find the right voice. She had to live in a real house, “but not the house next door.” She would have to have grandeur in her tone, as well as deep fragility, with nothing in between.

“She’s not a housewife,” he said. “I couldn’t bring her down, she’s not someone you see in the store. That regal thing had to be there.”

For this reason, she had to be alone onstage. She recounts her arguments with the disciples -- they are trying to get her to verify their accounts of her son’s life so they can start a new movement and she refuses -- but no ordinariness of somebody making tea and moving about could disrupt her story.

This presented a challenge to the actor and director. Warner meets it by allowing the audience to take the place of other characters. Before the show they are encouraged to go onstage, walk around the set and handle the props. This device brings to life the sense of restlessness and ferment described in the book as surrounding the crucifixion. The lines of people waiting to go onstage remind Warner of people on a pilgrimage.

“The audience is in partnership. They have a relationship with her before she appears,” she says, adding that people had had a relationship with Mary’s son that caused crowds to follow him. “The challenge is to surprise people to be more open to listen and hear. He had been a success, people flooded to where he was. That’s harder to get with just one of you onstage.”

Sound designer Mel Mercier enhances this feeling of a Middle Eastern landscape with original music and the sounds of movement and animals and marketplace noises.

Interestingly, as in the novella, Jesus’ name is never mention. Mary refers to him as “my son” or “the one who was here.” Toibin had two specific reasons for this.

Secondly, he was struck by something he discovered while research his book Lady Gregory’s Toothbrush. As he read the papers of this great patron of the theatre in Ireland at the New York Public Library, he noticed that after her son, Robert, had been shot down over Italy in 1918 during World War I she never mentioned his name again in her letters. Toibin realized it must have been too painful for her.

And the Mary Toibin has created shares this pain, although in far greater measure because of her guilt at not stay until her son died, at not having done anything to stop his public preaching, which she found annoying -- “his voice all false and his tone all stilted” -- and her rage at the disciples for trying to make of his death something it was not. No one will listen to her memories because they don’t confirm the story the followers are preparing to spread, so she roams her home alone reliving the truth for herself.

“It is what really happened that is unimaginable, and it is what really happened that I must face now in these months before I go into my grave or else something that happened will become a sweet story that will grow poisonous as bright berries that hang low on trees,” she says. “I do not know why it matters that I should tell the truth to myself at night, why it should matter that the truth should be spoken at least once in the world.”

By the end of the show, she turns this rage on the disciples. “I was there,” she told them. “I fled before it was over but if you want witnesses then I am one and I can tell you now, when you say that he redeemed the world, I will say that it was not worth it. It was not worth it.”

Although Toibin is no longer a believing Catholic, he is grateful for his upbringing in the tradition and sees no negative influences.

“The iconography and language and experience stays with you and can be summoned up easily,” he says. “It gave you an extraordinarily rich way of perceiving beauty in the world.”

When asked how he wanted people to see Mary, he paused before saying he’s not a theologian, that he used his imagination and is not trying to convince anyone.

“I’m just a poor fiction writer. All I was trying to do was find a voice I thought would be credible during that time at the theatre. I am in the business of creating images which are fictional. That’s powerful.”

He says he has received no hate mail, only a few e-mails, which were divided between people who were upset or who wanted to debate. The responses on Amazon were angrier, he added. About 50 protesters organized by the American Society for the Defense of Tradition, Family, and Property, a conservative Catholic organization based in Pennsylvania, gathered in front of the theatre before the first preview.  An earlier version of the show was performed in Dublin without protest.

While director Warner has collaborated theatrically with Shaw for a quarter century, this is the first of their efforts to premiere in the United States. She says the journey from deciding to do this project and getting to Broadway has been an endurance test.

“We spent many nights in the desert. We were often in agony, asking ourselves, ‘Why do we do this?’”

Having grown up as a Quaker in England, her only association with Mary was “mostly through 2,000 years of art history.”

“There’s something about the guise of the story that’s right,” she said. “It’s contemplative and a jolly good story at the same time. It’s not a traditional Broadway show, but great storytelling is part of the Broadway tradition.”

Toibin hopes audiences will experience the show in their nervous systems, bypassing their intellect.

“I want them to have an experience in the theatre that will matter to them.”
Posted by Retta Blaney at 8:33 AM No comments: