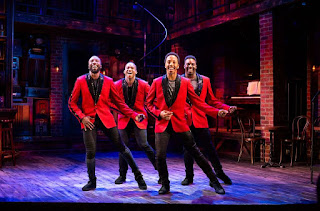 For the encore, “Saved,” they spread out into the theatre for a love fest with the audience.
Posted by Retta Blaney at 8:09 AM