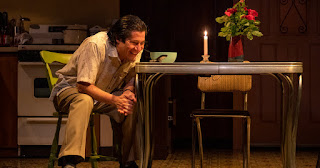 "Because this moment, right here, right now, is all we have."
Posted by Retta Blaney at 9:54 AM