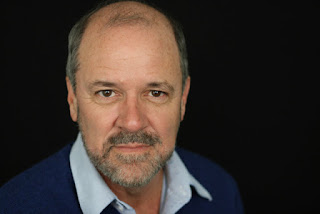 More than a decade ago, Bruce Graham read a newspaper feature about a transit bus whose destination was Rikers Island, a prison complex in New York City.  The playwright in him started thinking about the people who rode buses like that to the remote areas where prisons tend to be located. A self-proclaimed liberal, the 60-year-old South Philadelphia native was also pondering ideas about white privilege and “the slavery card,” topics he thinks other writers often avoid for fear of being politically incorrect. Out of his musings was born White Guy on the Bus, which will be produced by Off-Broadway’s 59E59 Theaters through April 16.

“I usually start with stuff that gets me angry,” he said during a telephone interview from his home in South Philly. “That keeps me out of therapy.”

White Guy had its premiere two years ago in Chicago and has since had successful runs in Oakland and Trenton. It is possibly more timely than ever, though, with the blatant racism that was expressed around Donald Trump’s campaign and election. Discussions of race have also been emphasized in Episcopal parishes around the country in the last couple of years, following incidents of police shootings of unarmed black men and the murder of nine black church members in Charleston, SC, by a white supremest.

“I’m sad and angry that it’s topical,” Graham said, adding that the timeliness is merely coincidental.  “I think about things for years and then write the play in a matter of weeks.  I’m a fast writer and slow thinker.”

The play also was produced in January [of this year] in Los Angeles and is being published.  Set in the present, times and locations shift, as do the worlds of the five characters: Ray, a wealthy advertising man; his wife, Roz, an inner-city public school teacher, both of whom are white and in their 50s; Christopher, the young man for whom Ray has been a father figure as well as mentor at work; Molly, Christopher’s wife, both white; and Shatique, a 26-year-old struggling black single mother and nursing school student who works in an assisted living facility.  Their lives intersect in startling ways as the play unfolds.

When White Guy had its premiere in Chicago two years ago, the actress playing Shatique helped Graham develop the dialect and conversation. His students at Drexell University, an inner-city Philadelphia school where he teaches playwriting, were a sounding board who offered suggestions and rephrasing to make the play authentic.

When questioned about the appropriateness of giving the character such a black-sounding name, Graham had a question of his own: “What am I going to call her, Linda?” He said there were no black Lindas in his classes at Drexell and that the name is actually that of a former student.  Still, “no one in Philly would touch it.”

Graham doesn’t see White Guy as a play about race, but rather about revenge, which is one of the play’s unexpected plot twists.

Before the feedback he received from cast and students, Graham  had worked to authenticate the play by riding the bus to Rikers and found himself to be the only white person and one of only two men.   All the other riders were women and children of color.  He went into the prison to get the experience of what is was like to be a visitor placed in a circle and having guard dogs sniffing him.  He wanted the smells, sounds and procedures of prison life. “Everything that’s in there I saw it.”

Graham grew up in a blue color family in the segregated world of the 1960s in South Philadelphia, a city with a history of racial strife.  It was the place where Jackie Robinson received his most hated reception. “I saw it everywhere growing up,” he said, adding that without the internet, children of his era didn’t have the exposure that his daughter was brought up with. “Diversity when it happens organically is great.”

Graham allows his characters to voice ideas some people may find difficult. Ray admits that if he has three equally qualified job candidates — a white man, black man and a woman — he wants to play it safe and hire the white man so he won’t be charged with racism or sexism if he has to fire the person. Molly expresses her belief that people prefer to be with their own. “We’re more comfortable on a gut level.”
“I want to hold a mirror up there to make them (the audience) uncomfortable,” Graham says. "I love to go to the theatre and be surprised.”

What he most hopes, though, is that his audiences will be entertained.  “I’m first and foremost a song and dance man,” he said.  “I don’t want to be preaching.  I want to tell a good story.”
Posted by Retta Blaney at 4:38 PM No comments:

Poem for a snowy day 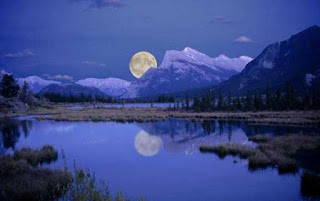 Every day, priests minutely examine the LawAnd endlessly chant complicated sutras.Before doing that, though, they should learnHow to read the love letters sent by the windand rain, the snow and moon.
~ Ikkyu ~

Posted by Retta Blaney at 9:32 AM No comments:

Your footsteps are the road 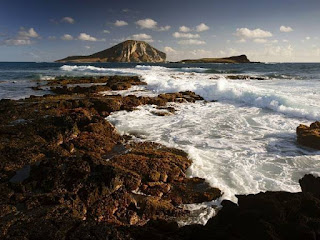 Walker, your footsteps
are the road, and nothing more.

Walker, there is no road,
the road is made by walking.

Walking you make the road,
and turning to look behind
you see the path you never
again will step upon.

Walker, there is no road,
only foam trails on the sea.

Posted by Retta Blaney at 12:22 PM No comments: