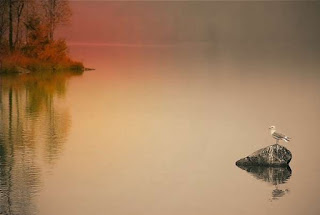 Posted by Retta Blaney at 7:30 AM No comments: 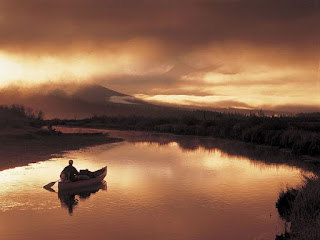 Caretake this moment.Immerse yourself in its particulars.Respond to this person, this challenge, this deed.
Quit the evasions.Stop giving yourself needless trouble.It is time to really live; to fully inhabit the situation you happen to be in now.You are not some disinterested bystander.Exert yourself.
Respect your partnership with providence.Ask yourself often, How may I perform this particular deedsuch that it would be consistent with and acceptable to the divine will?Heed the answer and get to work.
When your doors are shut and your room is dark you are not alone.The will of nature is within you as your natural genius is within.Listen to its importunings.Follow its directives.
As concerns the art of living, the material is your own life.No great thing is created suddenly.There must be time.
Give your best and always be kind.
~ Epictetus ~
Posted by Retta Blaney at 10:15 AM No comments: 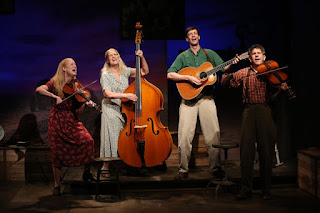 Woody Sez: The Life & Music of Woody Guthrie at the Irish Repertory Theatre is a delightful two hours of music and storytelling that is particularly timely. Guthrie (1912-1967) wrote his songs to protest the injustice of the poor and workers in an America he thought was ignoring them at best and oppressing them at worst. He would be writing overtime if her were alive today.

Featuring more than three dozen of the singer’s songs, and with no props other than a stool or two, the play recalls Guthrie’s determined survival of the Oklahoma Dust Bowl and the Great Depression to become one of the country’s greatest folk singers. He not only overcame the collective hardships of his time, but personal ones as well. The recounting of his 4-year-old daughter’s death in a fire is especially moving.

As Woody, David M. Lutken is spirited and likable, extremely likable. So are his fellow cast members, Megan Loomis, Helen Jean Russell and Andy Tierstein who play a variety of characters.  All sing and play numerous instruments. Lutken, Russell and Tierstein devised the show along with Darcie Deaville and Nick Corley, who directs. Lutken is the music director.

Their spirit flows into the house.  You won’t have to hold back when you hear familiar songs like “This Train is Bound for Glory,” “Union Maid” and “This Land is Your Land.” The audience is encouraged to sing along. The intimacy of the Irish Rep is the perfect place for this show, which began in August in 2007 at the Edinburgh Festival Fringe. The production maintains the simplicity of a fringe show and, amazingly after a decade, the freshness.

Guthrie would have liked this.  In a program note he is quoted as saying he hated songs that made people feel they were born to lose:  “I am out to sing songs that will prove to you that this is your world and that if it has hit you pretty hard and knocked you for a dozen loops, no matter what color, what size you are, how you are built, I am out to sing the songs that make you take pride in yourself and in your work.  And the songs that I sing are made up for the most part by all sorts of folks just like you.”

In the play, he describes his songs as being for “people who can’t afford a radio or a house to set it in.”  He discovered his calling after leaving his wife and two children to hitch across the country to look for work, living and singing in Hoovervilles in California. “I knew that here was my voice,” he says. Written on his guitar was his mission: “This machine kills fascists.”

A delicious moment links nicely to present political sentiments, at least those of the Democratic variety.  Guthrie, while performing with the Corncob Quartet, announces they will “do a song for old Mr. Herbert Hoover.” His bandmates respond “and all them Republicans” before launching into “So Long It’s Been Good to Know Yuh.”  The audience loved it.

Anger inspired Guthrie to write, but he kept his humility and humor, describing an artist as “somebody out of work so long they learn to do something else.”  He sang on the radio and he sang in the fields for the workers.

Before he died in 1967 of Huntington’s disease at 55, he had been an author, poet, painter and essayist as well as a singer/songwriter.  An exhibit in the theatre’s upstairs gallery features extensive biographical information, photos and much more.

Woody Sez runs through Sept.10 at the Irish Repertory Theatre.

Posted by Retta Blaney at 3:12 PM No comments: